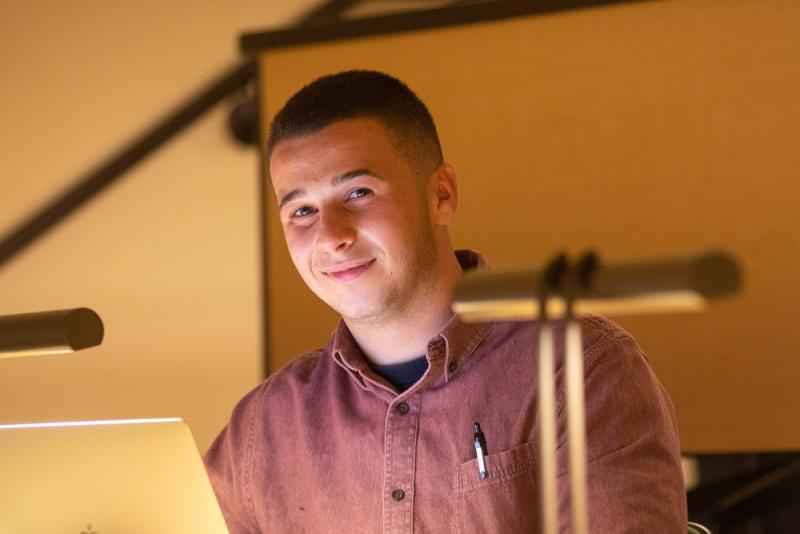 As the first person in his family to attend college, Kevin applied to the only university he knew. Although he was majoring in religious studies, he realized he wasn’t receiving a Christ-centered education. He was thriving socially but not spiritually. He began to think of transferring to a new college and decided during a seminary discernment retreat to make a change. His pastors suggested Westmont. Kevin toured the campus and said, “This is what a Christian education looks like.” Westmont’s small size makes it possible to create a strong community. “You can meet just about everyone,” he says. Transferring to Westmont his sophomore year, he got involved and started the Transfer Club, open to all transfers as well as first-year and returning students.