Lorne Fishburn posted the best score of the third round at the inaugural Westmont Invitational held at Sandpiper Golf Club to lead the Warriors to a second-place finish out of eight teams on February 25. The freshman from Corrales, New Mexico, recorded a one-under-par 71 to tally a score of 222 strokes for the three-round event. Trevor White claimed fourth place at the tournament with a score of 224, just four back of the leader. Tanner Shean notched a 228 to claim 11th place. The Warriors, who had three top-three finishes overall, were forced to cancel their inaugural La Piranha Challenge (March 30-31) at La Purisima in Lompoc due to the coronavirus. The GSAC and NAIA Championships in Arizona were also scrapped. 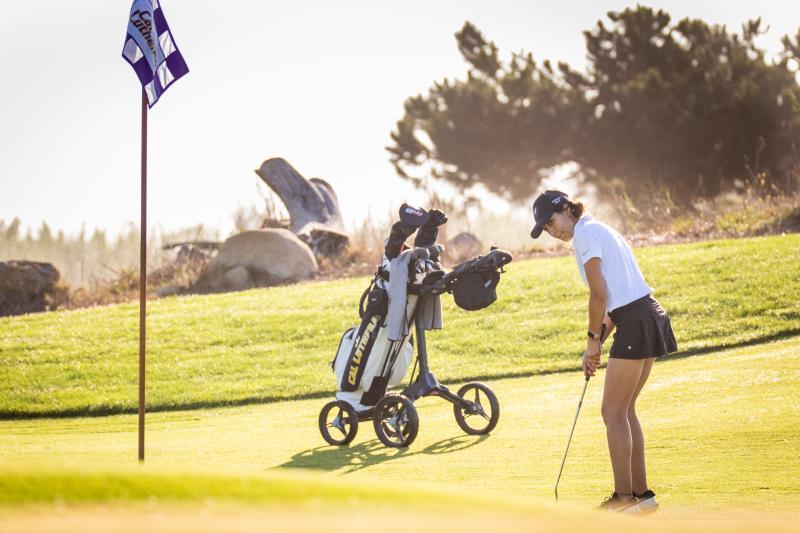 Westmont women’s golf earned the program’s first tournament victory at the William Jessup Fall Invitational on October 12. Freshman Kat Bevill of Clear Lake, Illinois, tallied 171 over the two rounds, including an 83 on the first day, to claim third place overall. Freshman Suzie Taylor of Draper, Utah, who shot 88 on the first day, dropped her stroke count by one on the second day to tally 175 and claim fourth place. Freshman Rory Derr of Encinitas finished in eighth place, recording a two-day total of 196. The team had three top-three finishes at tournaments overall.