All 450 new students arrived for Orientation on August 22, getting to know each other before starting classes August 26. More than 39 percent of the first- year and transfer students identify as Hispanic, Asian American, Pacific Islander, Native American, and/or multiracial. Twenty percent are the first in their family to attend college. Twenty-two international, missionary or third-culture students come from El Salvador, Spain, Swazi- land, the United Kingdom, Japan, Rwanda and France. “Graduates today need to gain a global perspective and inter- national exposure to respond to the growing demands of our interconnected workplaces,” says Irene Neller, vice president for enrollment, marketing and communications. “The incoming students reflect our commitment to shape effective and compassionate global citizens who lead lives of significance.” 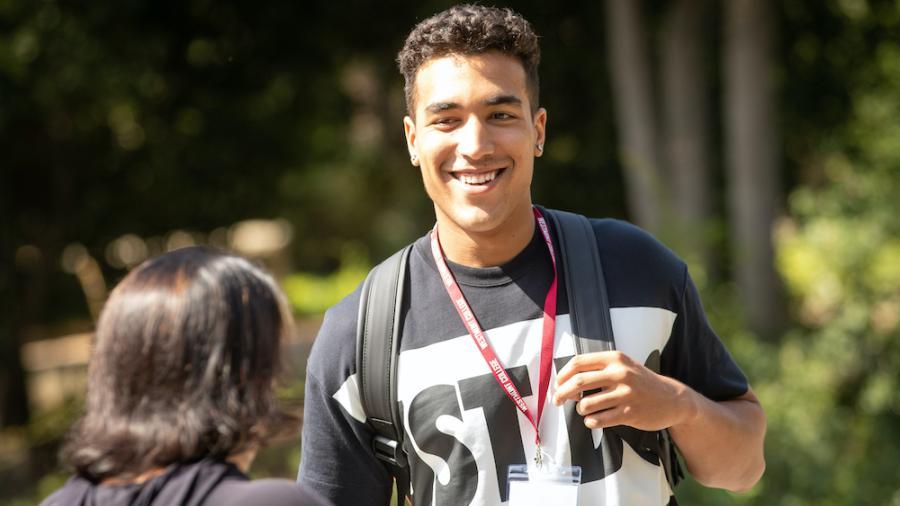 Westmont awarded four- year academic scholarships ranging from $6,000-$37,510 to more than 90 percent of the first-year students. The class of 2023 earned an average GPA of 3.88 and an average SAT score of 1220. They include 56 new Augustinian Scholars, a select group who competed for scholarships worth 85 percent of tuition. Fourteen Augustinian Fellows are integrating Augustine’s ideas with a contemporary conversation about committed people of faith honoring their convictions while being deeply engaged with the wider issues of our society. In addition, 20 Presidential Fellows are participating in a first-ever leadership program with President Gayle D. Beebe. 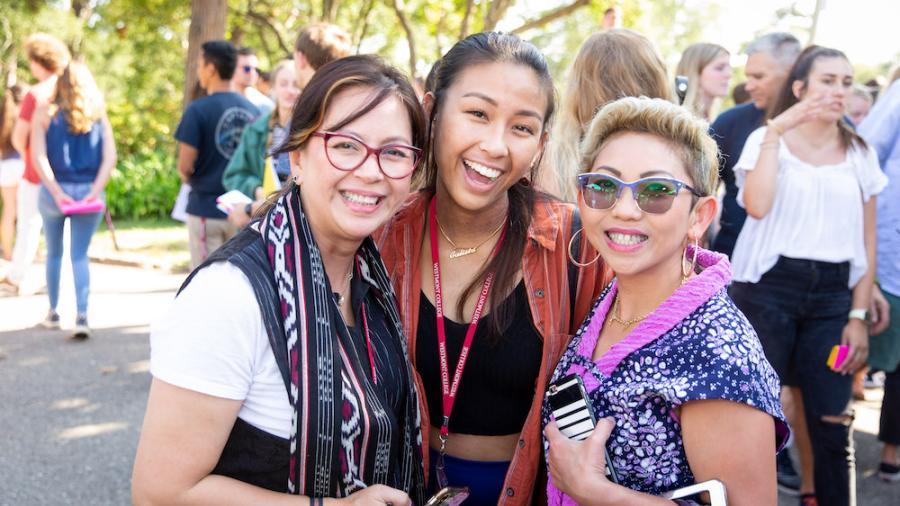 More than 35 Orientation Team members and hundreds of returning Westmont students welcomed new students by greeting each car and directing each one to the appropriate residence hall. These volunteers unloaded every vehicle and delivered belongings to students’ rooms so the incoming students only needed to park and unpack.

After the Service of Commitment, a formal ceremony welcoming newcomers to the college community, the students followed bagpipers on their First Walk through the Formal Gardens to Kerrwood Lawn. Their Last Walk occurs at Commencement when they march from Kerrwood to Carr Field for graduation. This unforgettable tradition begins and ends college life at Westmont. 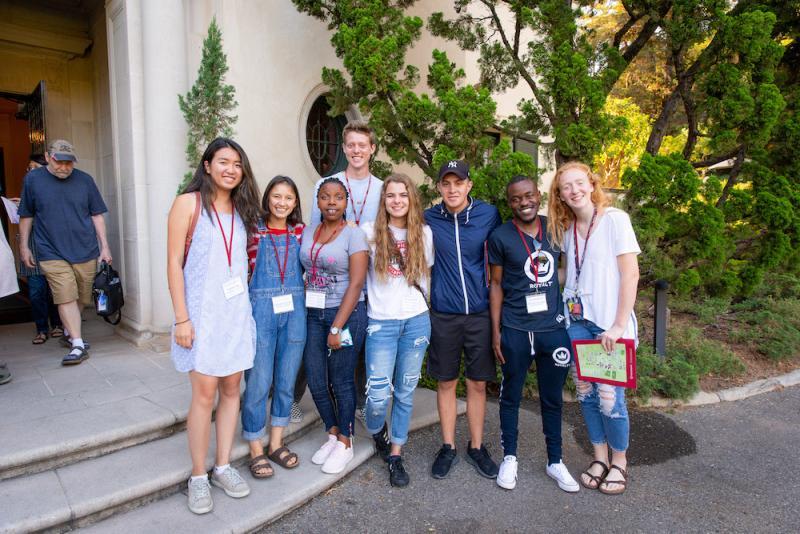