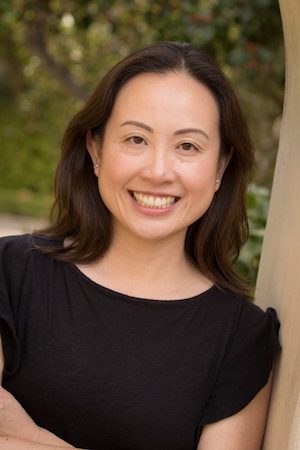 Sharon Koh ’00 arrived at Westmont intending to go to medical school. She graduated with a call to professional ministry. The double major in biology and religious studies (with a minor in chemistry) says, “I was a good enough science student, but I loved being a religious studies student.

“Calls come in private and in community. I began to realize that I do my best work with people; I’m very people-oriented.” She developed leadership skills as a resident assistant and spoke in chapel. Two professors, Jonathan Wilson and Karen Jobes, helped her discern the call to ministry, as did the congregation where she served as an intern her senior year.

Sharon earned a Master of Divinity at Fuller Theological Seminary and later a Master of Arts in theology focused on global mission and hermeneutics. She is back at Fuller completing a Doctor of Ministry in leading change. “Fuller and Westmont go well together in pushing students theologically to understand the breadth of points of view in the church—and they both make sure you read everything written,” she says.

In 2004, Sharon joined the staff of Evergreen Baptist Church in Los Angeles, beginning as a senior associate pastor for college and young adults, then shifting to young adults and mission before spending eight years leading mission and community life. “I enjoyed being a pastor at an intergenerational church,” she says. “I had to learn how to hold everyone’s attention when I preached, from those with hearing aids to those who were 6. I had a lot of freedom to explore and try things out at Evergreen.”

The daughter of missionaries from Singapore, Sharon says she has been hanging around missionaries all her life. In April 2016, she turned to full-time work in mission as executive director of American Baptist International Ministries (IM), established in 1814. “This has long been God’s call on my life,” she says. “I’m excited to head an organization whose main goal is facilitating mission.”

As a mission pastor, Sharon led short-term mission trips several times a year. Now she travels extensively, visiting some of IM’s 120 missionaries (mostly American) in 70 different countries. Her destinations have included Japan, the Democratic Republic of the Congo, Thailand, China, Hungary, Costa Rica, Cambodia, Brazil, Ghana, South Africa and Indonesia. She also preaches at American Baptist churches throughout the United States and directs international missionary initiatives such as supporting and training indigenous pastors and church members. “It’s a ton of work, but I’m grateful to spend all my time on mission,” she says. “We’re all called to do mission work, and I seek to help people discern if they’re being called to cross-cultural mission.”

Sharon’s three siblings attended Westmont. Daniel ’01 earned a doctorate at Yale and teaches at Windward School in Los Angeles. Josephine ’08 is a police officer who works on a gangs, narcotics, and vice street crimes unit, and Joshua ’12 is a manager at TM Financial Forensics LLC in Los Angeles.