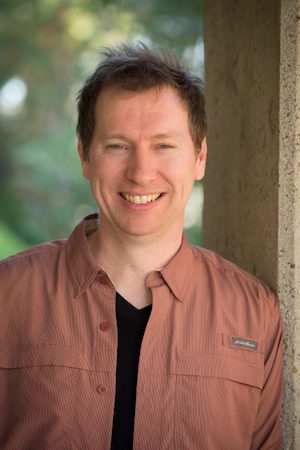 Dave LeMieux ’93 describes himself as a musicianary: a missionary who ministers through music. The executive director of More than Music, he takes musical groups into places closed to Christian witness. He has toured with a gospel jazz and blues ensemble in Siberia, presented a Christmas concert in Abu Dhabi, and performed songs echoing faith in Thailand, Ethiopia, India, Nepal and Uganda. His audiences in India include a community of prostitutes living in a shanty town on the outskirts of society. The organization also donates musical instruments, giving away more than 600 to musicians on five continents.

Dave helped establish Colorado-based More than Music in 2009 hoping music would open doors to places devoid of Christian ministry. “We provide significant cultural exchange and challenge people to listen and respond to God’s call in their lives,” he says. “Each one of us was created for something, and God still talks to us.”

Dave spent 10 years as a worship leader for Colorado Community Church in Aurora, Colo. “I felt like my calling was to create something with a longer shelf life,” he says. “I wanted to get away from the weekly cycle of starting over every Monday. The musical “Les Miserables” reveals a lot about God’s character. I wanted to put my creative energy into something like that.”

Before he left the church, Aurora community leaders asked to use the facility to celebrate the Martin Luther King Jr. holiday. Then they asked the worship team to create a tribute. When he visited the King Center in Atlanta, Dave discovered “A Knock at Midnight,” a sermon in which King recounts hearing the call to lead the civil rights movement. “Here was someone who answered God’s call, and look what he did,” Dave says. “I wanted to get that message into the hearts and minds of kids before they get caught in the downward cycle of the cynicism of our culture. We seek to inspire them to think in terms of community and serving others.”

Since 2008, Dave has presented “At the Table with Dr. King,” a multimedia event honoring King’s legacy, at schools nationwide (including Westmont) and to audiences in India and the Middle East. Read more about the production at listenliverepeat.com.

Dave plays keyboard and drums, sings, and writes music. He created his own major at Westmont: music composition and production. He worked as an intern for a recording studio, Santa Barbara Sound Design, and keeps in touch with the Grammy-winning sound engineer there who still recruits Westmont interns. Dave met his wife, Tina Balabanian ’93, at Westmont.

Concerned about biblical illiteracy, Dave has begun a project steeped in Scripture. “‘At the Table’ has taught us how to break the mold when bringing a message,” he says. “I want to take the entire Bible and use spoken word, song, video and participatory elements to present a ton of biblical content.” He is working his way through the Old Testament and hopes to present the first production in 2019. “It’s time to challenge current church formats,” he says.