Westmont Magazine A Shining College on a Hill 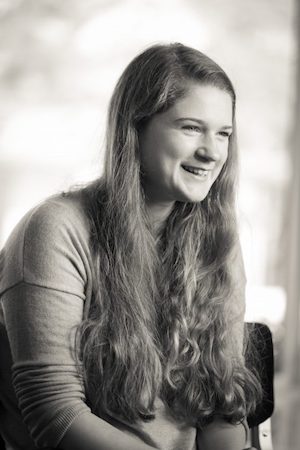 Before applying to a Christian college, I had a certain premonition about religious education. I had spent the last seven years in a Christian private school in Massachusetts, and I believed I was ready to get out into the real world. Weren’t Christian colleges pretty isolated? And isn’t every one the same? Most of all, doesn’t God call us to be out of our comfort zone—to plunge ourselves into the unknown of the secular and materialistic world? This is what I believed, yet I am here today. What is so special about this place?

As a freshman, I have spent the last three weeks settling into my classes, meeting new friends, learning the methods of my teachers, just like any other college student. But I am convinced there is something different about this place. Perhaps it’s the fact that I would be expecting the first frost of fall during this time of the year rather than sweltering heat. But I also see something different in the way people treat each other here.The community of our school is my answer to the questions I had asked less than a year ago. Are we isolated or are we one? What is so special about this place is that we are so starkly different from the world around us. In the midst of political turmoil, governments that shut down, rampant racism, and a plethora of conflicting ideas, we stand quite alone in our unity.

Dave Lomas, who spoke in chapel last week, described Westmont as a “refuge community.” This is true because we not only are able to discuss our disagreements civilly but we understand and pray for one another, for the betterment of each other instead of the constant grueling competition that riddles our society. When will we be so surrounded with so many Christians again? This is a glimpse of what God envisions for His Kingdom.

Our community might be the answer to some other questions as well. For example it is often a question of how we are to interpret a 2,000-year-old text in the context of a modern, democratic, and hyper-tolerant society.

As a Massachusetts-born citizen, I have been brought up with the phrase “a city on a hill.” The Puritans, who popularized this phrase, desired their new settlement to set an example of what it meant to live in Christian fellowship amongst the ever-quarreling world, maybe something like Westmont. This phrase has often been associated with the Puritan work-ethic, but in its purest context from Matthew 5:14-16 (NIV) it reads, “You are the light of the world. A town built on a hill cannot be hidden…let your light shine before others, that they may see your good deeds and glorify your Father in heaven.”

I am often reminded of this verse when I am on State Street or at Butterfly Beach, when I have the privilege of sharing that I attend Westmont. I am received with a respect and expectancy that I then “must be great!” While this always makes me feel good about myself, I have to admit that this is an unusual thing for a Christian to be regarded with such warmth nowadays. Granted, there is a large Christian community in Santa Barbara, but Southern California is definitely a more liberal area than most. Lately Christian colleges and Christian ideas have been shunned in liberal communities.

Perhaps this means that we have the gift of being a “city on a hill” for those around us who are our age and who look up to the college students as great sages of knowledge and sociality. Not only are we literally a city on a hill at Westmont, we are exemplifying what it means to live like Christ in modernity.

In this point, we find that we are very similar, but we are also very different. In our praise, we come together as one voice, but our song is our own, and each story of faith is a beautiful image of God. We step out of our comfort zone when we submit our lives to God. It is a challenge to see beyond the dreams that life has impressed upon us and to stop and listen and wait patiently to hear what is coming next.

The world needs a community like this. The world needs a unified body that stands for truth, that strengthens one another, that holds others accountable, that has hope in an ultimate redemption. By the end of our journey here we will be strengthened with knowledge to be a body of Christ that brings healing to a world that desperately needs it. This article appeared in the Westmont Horizon in 2015. Ana, a double major in biology and chemistry, serves as a teaching assistant in chemistry. She is thinking about pursuing a doctorate so she can teach at a college like Westmont.