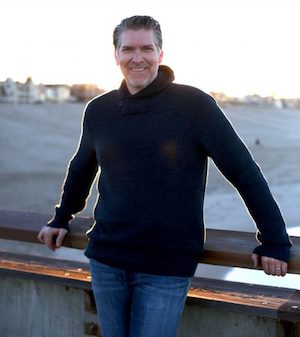 David Britton ’94 puts on his hacker hat to think like cyber criminals and learn how they might defraud companies and customers. An expert in online security, he works to prevent digital pirates from stealing money and data. “The internet’s fundamental structure is insecure,” he says. “But technologies developed to safeguard websites and computer systems provide protections. Governments, businesses and non-profits all need to take cyber threats seriously and keep their data secure by creating safe sites and not just elegant user interfaces. All connected devices—the internet of things—need to be secure.”

When asked if it’s prudent to shop online, David replies that even people who avoid the internet have lost control of their data. “But technology reduces the risk, and merchants are liable under U.S. law,” he says. “We’re working to make the internet a safer place.”

David fell into cyber security while pursuing a career in opera and earning a master’s degree at the San Francisco Conservatory. When he married Jennifer Davies ’93, he needed a day job and found one doing fraud protection for an online retailer. “Buying online was new and unpredictable, and we made it up as we went along,” he says. “The first fraudsters stole credit card receipts and used the numbers to buy goods. But then industrialized fraud emerged with international rings of criminals. Today, theft through state-sponsored activity supports all kinds of nefarious activities.”

When the company he worked for went under, he sang opera full time for five years, performing in Japan, Italy and throughout the United States. Then the founder of an internet fraud detection start-up offered him a job, so he moved with his wife and two children to Arizona to join 41st Parameter. Experian acquired the firm in 2013, and David serves as vice president of industry solutions in the Global Fraud and Identity group. He speaks at fraud and security events worldwide, discussing techniques to safeguard online space.

David now offers a more diversified orchestral-rock style rather than pure classical music. “I still love singing classically, but I really love blending it with rock to make it more accessible,” he says. He has released three recent albums in this style: Christmas music, standards and patriotic songs. He sings for Christian TV shows and at professional sports events and performing arts centers. “God has led my music career, and I feel called to perform outside the church,” he says. “It’s challenging, but God compels me to keep going.”

His missionary parents worked for Trans World Radio, and David grew up in the Caribbean and Europe. He had never lived in the United States when he arrived at Westmont. With his family still overseas, he found it challenging at times, especially coming from a modest background. He majored in music and met his wife playing intramurals. “We’re a tight-knit family and love our game and movie nights,” he says. His parents taught him character and independence, and his wife’s support and flexibility help him juggle two demanding careers.“My life has been three wonderful and different stories: family, music and technology,” he says.