Members of the Westmont Black Student Union (BSU) toured Washington, D.C., during spring break, March 6-10, exploring their Black heritage while visiting the National Museum of African American History and Culture, New Bethel Baptist Church and Howard University, a historically Black college. Some of the 11 students and Ogechi Nwaokelemeh, Westmont assistant professor of kinesiology, also walked to the White House and the Lincoln Memorial and toured the United States Botanic Garden and the National Air and Space Museum. 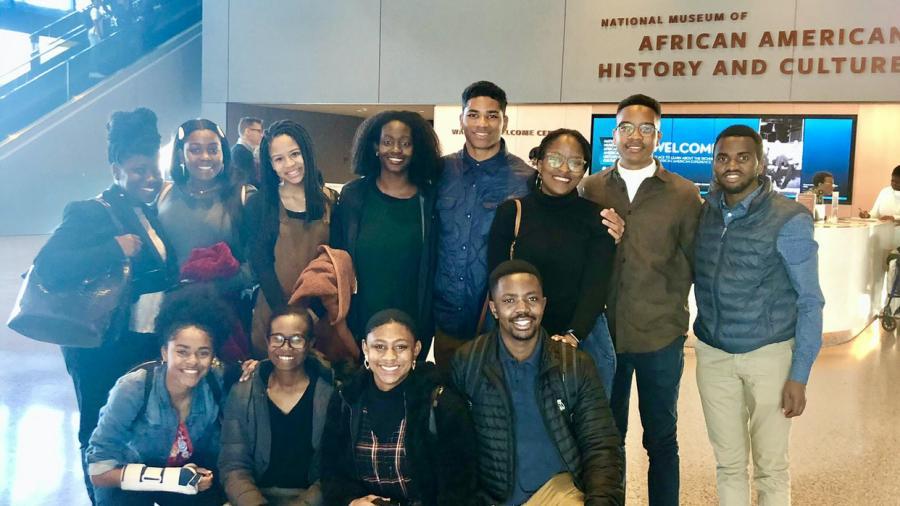 Tori Davis ’21, a BSU co-leader who took the trip two years ago, says she gained a stronger appreciation for and pride in Black heritage. “When everything else around was so atrocious, a major part of Black culture was the necessity to find joy in everyday life,” she says. “For enslaved people to feel human, it was essential to tell stories and love those who became family. This encourages me to keep the simple joys at the forefront of my mind because it was a way of life for my ancestors and a big part of Black culture.”

M’kya Williams ’20 enjoyed being with fellow Black students and experiencing parts of Black culture specific to our nation’s capital. “We went to a museum that highlighted my people, including the adversity they faced and their accomplishments and advancements,” she says. “We stayed there for five hours, and I could still go back and be occupied with the things I missed.” 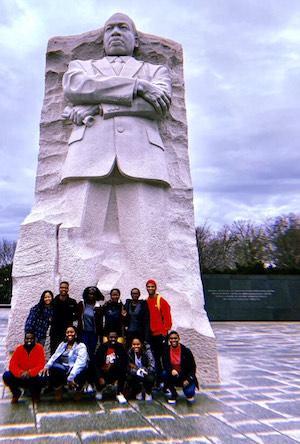 South African Luvuyo Magwaza ’20, who had visited Washington, D.C., two years ago with BSU, says he gained a deeper appreciation for the history of African Americans after taking a course at Westmont last semester.  “That, coupled with the information I learned while at the museum, left me with an in-depth understanding of what it means to be African American,” he says. “At no other point do I feel like I have been able to relate to African Americans as I can currently. The experiences that South African Black people have are similar to those of African Americans.”

While at Howard University, Luvuyo experienced culture shock since it was the first time in nine years he’d been on a campus where the majority of the students were Black. “I realized the importance of HBCUs [Historically Black Colleges and Universities] in terms of empowering African Americans and the prominent role they play in African American culture,” he says. “Being at Howard allowed me to see another side of America I had not been exposed to. I enjoyed comparing and contrasting the different traditions the school had to what I was used to in South Africa and at Westmont.”