Legendary women’s basketball star Tamika Catchings spoke at the fifth annual Westmont Women’s Leadership Luncheon January 28 and shared four motivating principles that have shaped her career: purpose, drive, life and legacy. She set aside her prepared remarks to talk about life and legacy following the January 26 death of her childhood friend, Kobe Bryant.

“If something happened to me, what would my legacy be?” Catchings asked. “My worst fear in life is to leave some- where and people never know that you left, which means you never made an impact. You never raised your voice. You never stood up for anything.” 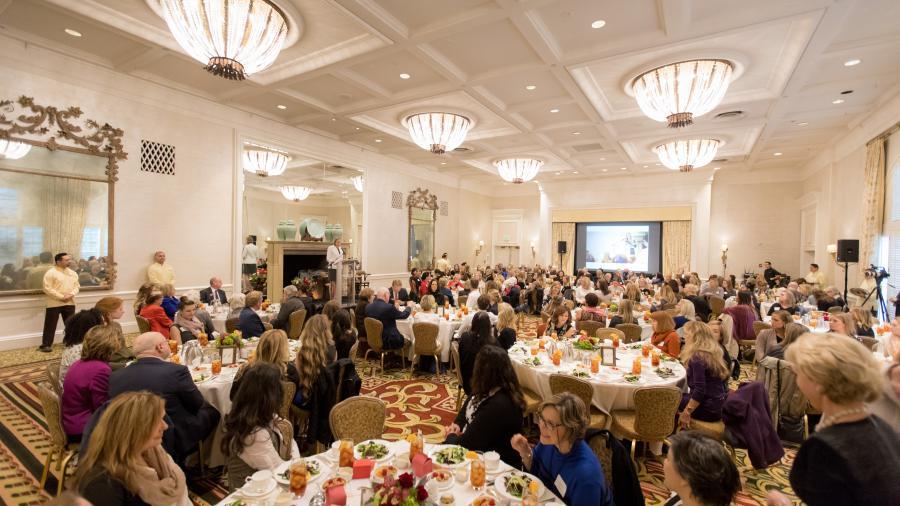 Catchings has made a great impact by founding the Catch the Stars Foundation, which helps underprivileged children reach their full potential in sports as well as academics. ESPN honored her with its first Humanitarian Award in 2015.

“We have an opportunity today to start living life with a purpose,” she said. “We have a responsibility not just for our own purpose, drive, life and legacy, but to the lives of these young ladies around us in this room.”

Catchings, who was born with a hearing disability and overcame injuries in her basketball career, won an NCAA National Championship, WNBA Championship and four Olympic Gold Medals.

Now the general manager of the Indiana Fever, she has created a program where people can learn the skills to be a general manager of a basketball team. The idea of one of her students surpass- ing her doesn’t bother her—in fact, she’s striving for it.

“If I lose my job, it just means I created opportunities for someone to be better than me,” Catchings said.

Kirsten Moore, head coach of the Westmont women’s basketball team and director of the Women’s Leadership Initiative at Westmont, said she hoped attendees caught a glimpse for how their unique talents, skills, time and resources could join the work she is doing. “There is no more important time than now to build up young women in our community,” she said. 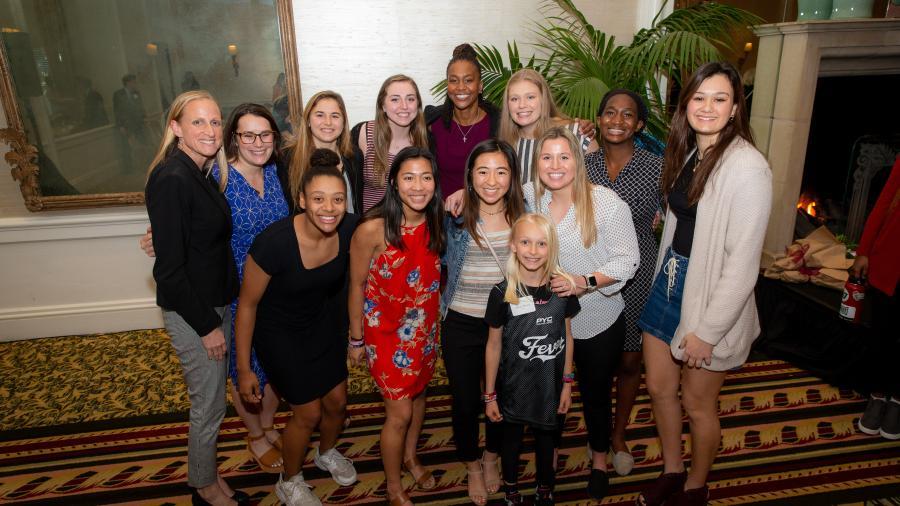 Moore noted that Catchings will likely be voted into the Naismith Memorial Basketball Hall of Fame this year, fittingly with Bryant, who also wore jersey number 24. Catchings and Bryant, who was a year older, grew up as children together in the late 1980s when their fathers played professionally in Italy.

“The Bible and great works of literature feature many stories about women who persevered despite great obstacles to make a better life for their families and cultivate civilizations from which we benefit,” said Westmont President Gayle D. Beebe, who offered an invocation. “I hope the Women’s Leadership Council will inspire you to begin to dream of the impact and contribution you could make—and that you’ll not see obstacles as impediments but simply as opportunities that teach us how to persevere.”

Anna Grotenhuis, Penny Jenkins and Andria Kahmann co-chair the Women’s Leadership Council, which is sponsored by the Mosher Center for Leadership and Learning. “Our most basic goal is to elevate our expectations, dreams and skills of our female students by connecting them with you, the community, as we work together to equip and inspire the next generation of female leaders,” Moore said.